No More Holding Back: Inspirational Athlete Donna Merritt Teaches us How to Go For It 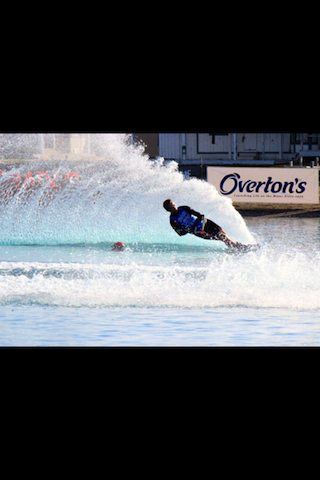 Are you ever blown away by the thought of how many inspirational stories there are in the world?  It never ceases to amaze me when I hear about another amazing achievement and I love to share and teach through these stories. I’m also fortunate to know some of these stories on a more personal level – with the athletes that I am privileged to work with.

Carrie: I’m so grateful to be doing this interview with you! What are the current sports you’re involved in?

Carrie: What’s the greatest lesson you learned that helped you push to the next level with competing in waterskiing?

Donna: Staying focused, especially during a tournament.  Keeping the nerves under control was my biggest hurdle. You taught me such amazing skills to allow me to control the anxiety, which in turn keeps me focused.

Carrie: What was it that made you decide to get into your current sports?

Donna: I have skied open water since I was 19. I made a goal to try a slalom course at 50 just for the experience and was immediately hooked by the intensity and difficulty.

The Figure Competing was inspired by watching the shocking transformation of a friend of mine prepping for a show. I made it a bucket list!

Carrie: What are some of your greatest accomplishments and proudest moments in your athletic life? 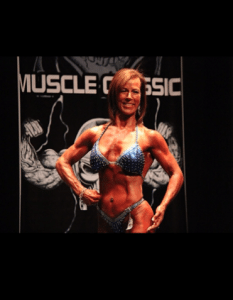 Donna: My first was completing a Marathon at age 30. 2nd, earning 4 Powerlifting World records in 2011 and 2012. 3rd is just last month becoming a US Champ, on the podium in my waterski division 3rd place. I also won 1st place in my age category and 4th in Novice in Figure in May 2013.

Carrie: What have been some of the greatest benefits of working on your mental game?

Donna: The biggest plus to working on my mental game is that it not only keeps me focused; it helps me prioritize life also. The skills I learned help in every aspect of life!

Carrie: What advice do you have for anyone doubting his or her own ability to go after a goal?

Donna: My advice is to hire a coach such as Carrie. She will share wonderful life skills that have made a huge difference. Deep breaths and visualization.

Thanks Donna! Of course I think that’s great advice 🙂 but I also think we can be well-advised through Donna too. She may not have set out to be an inspiration to the people around her, but that is exactly what she is. In our culture, many people think that after 50 you’re only option is to start “slowing down” and that your greatest athletic achievements can only be behind you, but Donna was just getting things started.

You might not be going after World Records and US Championships, but maybe there’s been something else that you’ve been holding yourself back from doing. Donna is inspirational because she didn’t hold herself back. She didn’t let any of the fears or “what-ifs” hold her back from pushing herself to try something new and going after her goals. We should all take a lesson from Donna and work on shifting our own mindsets. So often we hold ourselves back from fear; fear of failure, fear of success, fear of embarrassment, fear of injury … fear of “what-ifs”. Don’t let the fear be the thing that keeps you from trying. Grab fear by the hand and go for it and then if we fail, let’s fail bravely and fail moving forward, instead of letting the fear keep us from ever getting started.